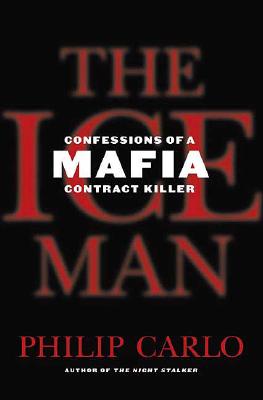 Confessions of a Mafia Contract Killer

There were times at home when Richard would have one of his outbursts and break things and then lock himself in his office. Merrick would ask him to please calm down, to "please relax, Daddy." During these episodes, Richard would explain in a matter-of-fact way, "You know if . . . if I kill Mommy, if something happens and she dies, I'll have to kill you all . . . I can't leave any witnesses."

As strange and horrible a thing as this was to tell a child, Richard was trying to let Merrick know in advance--out of consideration--what might happen. He wanted her to understand that he was doing such a thing out of . . . love. Only out of love.

He loved Barbara too much.

He loved the children too much.

That was the problem. The only way he could deal with their loss, if he inadvertently killed Barbara, was to kill them. That was how Richard had dealt with all his problems since he was a child.

"Yes. Daddy," she said, and she did understand this. She knew she was his favorite, and she coveted that.


Praise For The Ice Man: Confessions of a Mafia Contract Killer…

"This work is written like a novel; readers will become so engrossed in the details that they'll forget that this is a true story." ---Michael Sawyer, Rangeview Lib. District, Thornton, CO (Library Journal)

Philip Carlo was the author of "Gaspipe, The Butcher," and "The Night Stalker," which chronicles the brutal career of serial killer Richard Ramirez. Carlo grew up in Bensonhurst, Brooklyn, amidst the world's highest concentration of Mafia members. When he was 16, Carlo was shot in the head in a gang war, and while recuperating, he read voraciously, discovering the magic of books for the first time. His intimate knowledge of Mafia culture--their walk and their talk--helped Carlo become a successful crime writer. He died in 2010 from ALS.
Loading...
or
Not Currently Available for Direct Purchase