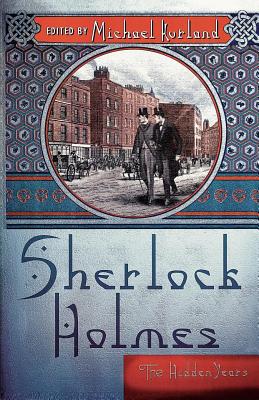 In 1891, Sherlock Holmes, in a death struggle with his archenemy Professor Moriarty, disappeared over Reichenbach Falls and was presumed dead. Until, that is, he reappeared in London in 1894. Holmes remained mostly quiet on the events of those years and for over a century speculation has run riot about what really happened during the 'hidden years.' Now in this original collection, the truth is finally revealed. Including stories by Peter Beagle, Rhys Bowen, Bill Pronzini, Carolyn Wheat, Gary Lovisi, and others, Sherlock Holmes: The Hidden Years is a must-have book for every fan who has ever wondered what really happened to the world's most famous consulting detective during his mysterious missing years.

Michael Kurland has written almost forty books. He was the editor of the Sherlock Holmes collection Sherlock Holmes: The Hidden Years. Twice a finalist for the Edgar Award, he lives in Petaluma, California.