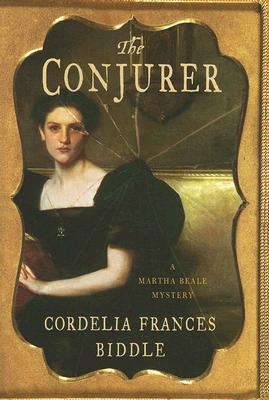 From the celebrated coauthor of the Nero Blanc Crossword Puzzle Mysteries comes this elegant and richly nuanced new series debut in the tradition of The Alienist, Maisie Dobbs, and Girl with a Pearl Earring.

Intrigue, passion, and murder surround the suspicious disappearance of Philadelphia financier Lemuel Beale in the winter of 1842. A victim of accidental drowning, according to the local constabulary, Beale leaves a sinister legacy of political and financial scheming---and a troubled heiress, his daughter, Martha, his only child. Martha Beale is unmarried at twenty-six, in an era when women are expected to become brides before turning twenty. Normally sheltered and shy, she instigates a search for her father, and in so doing, develops a romantic attachment to Thomas Kelman, an assistant to Philadelphia's mayor---and a man whose business is homicide investigation.  The inquiry into Lemuel's disappearance uncovers connections between the city's most affluent and most destitute: an escaped inmate from the infamous Eastern State Penitentiary; the freed African-American prisoner, Ruth; the ritual slayings of several young girl prostitutes; and Eusapio Paladino, a conjurer and necromancer who claims to communicate with the dead. Written with exquisite historical detail and fast-paced intrigue, The Conjurer is a thrilling start to an exceptional new series.


Praise For The Conjurer…

"Knows her manners and her city, and shows both to great advantage. The reader, as in all good historical mysteries, learns as much about a time and place as about the crime, and Biddle's characters are fresh and believable. I hope she continues the series."- Cleveland Plain Dealer "Biddle successfully uses 19th-century Philadelphia, mining the landscape for the kinds of jewels that illuminate a good mystery, and shaping characters that ring true to the elements of their creation. The Conjurer is a worthy inclusion in the genre, and I hope there are many more Martha Beale mysteries to come."- The Philadelphia Inquirer

Cordelia Frances Biddle is a member of one of Philadelphia's oldest families, and this series uses many of her actual ancestors as characters. She cowrote "Murder at San Simeon" with Patricia Hearst, and writes the popular Nero Blanc crossword puzzle mystery series with her husband, Steve Zettler. She lives in Philadelphia, Pennsylvania.
Loading...
or
Not Currently Available for Direct Purchase