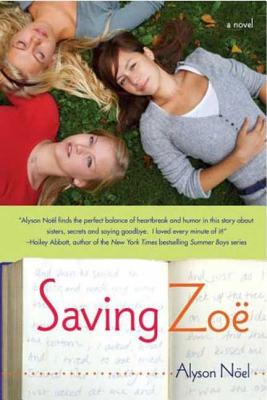 SOON TO BE A MAJOR MOTION PICTURE!

“Even though you know from page one where the story will eventually lead, Saving Zoë pulls off the amazing trick of keeping you guessing. You have to follow along with Echo, the good sister chasing the tail of the "bad" one through the streets of darkest suburbia. Prepare to read this in one long sitting. Think Chinatown. Think "Where are you going, where have you been?" Think Veronica Mars.” —Maureen Johnson, author of Devilish

“Noel writes a smart and compelling story about life, love and loss that you won't be able to put down. Saving Zoe is a must-read.” —Cara Lockwood, author of Wuthering High