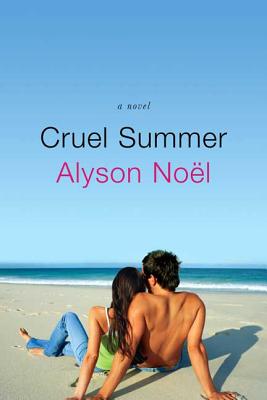 "This was supposed to be my best summer yet, the one I've been working toward since practically forever. Now I'm being banished from everything I know and love, and it just doesn't make any sense."

Having recently discarded her dorky image--and the best friend that went with it--Colby Cavendish is looking forward to a long hot season of parties, beach BBQ's, and hopefully, more hook-ups with Levi Bonham, the hottest guy in school. But her world comes crashing down when her parents send her away to spend the summer in Greece with her crazy aunt Tally.

Stranded on a boring island with no malls, no cell phone reception, and an aunt who talks to her plants, Colby worries that her new friends have forgotten all about her. But when she meets Yannis, a cute Greek local, everything changes. She experiences something deeper and more intense than a summer fling, and it forces her to see herself, and the life she left behind, in a whole new way, in Alyson Noël 's Cruel Summer.


Praise For Cruel Summer: A Novel…

“Alyson Noël truly captures what it's like to be a teenager struggling to find herself.” —Portrait Magazine

“Noël writes a smart and compelling story about life, love and loss that you won't be able to put down.” —Cara Lockwood, author of Wuthering High

“Noël writes with a bit more humor and authenticity than some of her contemporaries.” —Booklist