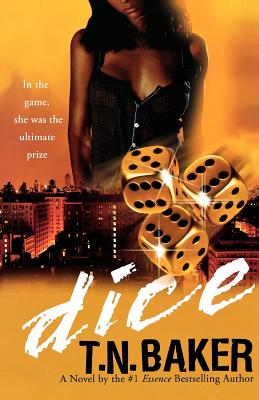 Wasuan Wells has two loves--one is his beautiful girl of two years, Enychi Carter, and the other is his love for dice. Rollin' dice is an everyday hustle for Wasuan, and he's one of the best the hood has ever seen. No one can defeat him. That is, until he stumbles across a dude from the same hood named Tone who has just as much confidence, a little too much mouth, lots of cash to back it up, and a strong desire for Wasuan's girl. When Wasuan is challenged and the stakes grow high, he finds himself caught out in deeper waters than he can swim in, with Tone dangling three options: pay up, take your last breath, or sacrifice something much greater...his girl, Enychi. But when Enychi agrees to spend one night with Tone in order to save her man's life, she finds herself caught up in an unwilling love triangle like the streets have never known. Love, betrayal, lies, sex and money are just the beginning in this scandalous tale, where loyalties are put to the ultimate test.

In this new novel, T. N. Baker takes the term "sheisty" to a whole new level.

T. N. Baker is the #1 Essence bestselling author of Sheisty and Still Sheisty. This prolific author was born and raised in Queens, NY and presently lives in Charlotte, NC with her daughter.

"Baker (Sheisty; Still Sheisty) delivers a tale about the dangers of gambling and hustling and of the redemptive powers of love and faith." - Publishers Weekly
or
Buy Here
Copyright © 2020 American Booksellers Association