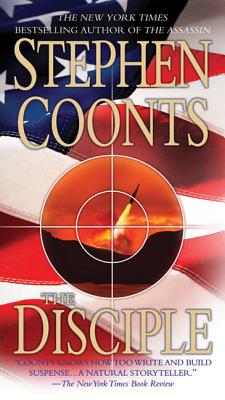 Iran is much closer to having operational nuclear weapons than the CIA believes and its president, Mahmoud Ahmadinejad, has a plan. With twelve nuclear warheads mounted on twelve missiles, he will make Iran a martyr nation—and lead the world's Muslims in a holy war.

But the Americans have a secret weapon in a group of Iranian dissidents, including a brother and sister determined to avenge the death of a family member at the hands of the religious police. Their mission: to funnel information to special agent Tommy Carmellini and thwart Ahmadinejad's efforts.

But will Admiral Jake Grafton and the U.S. government believe the information these two informants are providing? Can the Americans prevent the Israelis from taking matters into their own hands and striking first? Meanwhile, the race is on to stop Iran from launching an all-out nuclear nightmare—and time has already run out…

Stephen Coonts is the author of The Disciple, The Assassin, and the Deep Black and Saucers series, among many other bestsellers. His first novel, the classic flying tale Flight of the Intruder, spent more than six months at the top of The New York Times bestseller list. A motion picture based on the book was released in 1991. His novels have been published around the world and translated into more than a dozen languages. In 1986, he was honored by the U.S. Naval Institute with its Author of the Year Award. He is also the editor of several anthologies, Combat, On Glorious Wings, Victory and War in the Air. Coonts served in the Navy from 1969 to 1977, including two combat cruises on the USS Enterprise during the last years of the Vietnam War.

Praise For The Disciple: A Tommy Carmellini Thriller…

“Coonts carefully builds his plot using a wide cast of characters, from insider Iranian spies to cutting-edge aircraft pilots and government officials both high and low. Hardly a page passes without nerve-stretching tension or flat-out action. One can only hope the U.S. president, the head of the CIA, and the Israeli prime minister will have this book on their nightstands for easy reference in case fiction turns to reality, an all-too-real possibility as evidenced by recent headlines.” —Publishers Weekly (starred review)
or
Buy Here
(This book is on backorder)
Copyright © 2020 American Booksellers Association