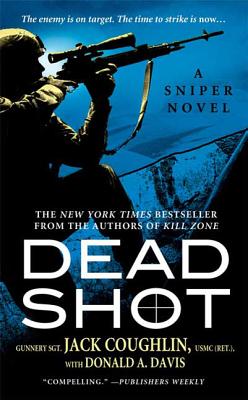 In Baghdad's Green Zone, an Iraqi scientist is murdered just before he can reveal the secret that Saddam Hussein took to his grave: the location of the Palace of Death—home to a devastating chemical weapon quietly developed by Islamic militants.

The assassination is the work of a mysterious sniper called Juba, who was trained by the British but now works with a twisted mastermind determined to steal control of the terrorist world from Al Qaeda. When he tests the new weapon by killing hundreds of people at a British royal wedding in London, the devastation is all too real.

Kyle Swanson, once the top sniper in the Marine Corps and now the key member of a secret special operations team known as Task Force Trident, is assigned to hunt down his old special ops rival. A new reign of global terror can be stopped only by a confrontation between the two best snipers in the world, a duel in which the first shot wins—most of the time…

“Tight, suspenseful…Here's hoping this is the first of many Swanson novels.” —Booklist