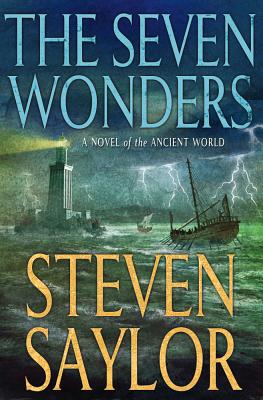 A Novel of the Ancient World

The year is 92 B.C. Gordianus has just turned eighteen and is about to embark on the adventure of a lifetime: a far-flung journey to see the Seven Wonders of the World. Gordianus is not yet called "the Finder" but at each of the Seven Wonders, the wide-eyed young Roman encounters a mystery to challenge the powers of deduction.

Accompanying Gordianus on his travels is his tutor, Antipater of Sidon, the world's most celebrated poet. But there is more to the apparently harmless old poet than meets the eye. Before they leave home, Antipater fakes his own death and travels under an assumed identity. Looming in the background are the first rumblings of a political upheaval that will shake the entire Roman world.

Teacher and pupil journey to the fabled cities of Greece and Asia Minor, and then to Babylon and Egypt. They attend the Olympic Games, take part in exotic festivals, and marvel at the most spectacular constructions ever devised by mankind. Along the way they encounter murder, witchcraft and ghostly hauntings. Traveling the world for the first time, Gordianus discovers that amorous exploration goes hand-in-hand with crime-solving. The mysteries of love are the true wonders of the world, and at the end of the journey, an Eighth Wonder awaits him in Alexandria. Her name is Bethesda.

STEVEN SAYLOR is the author of acclaimed historical mystery novels featuring Gordianus the Finder, including The Triumph of Caesar, as well as the internationally bestselling historical novels Empire and Roma. He has appeared on the History Channel as an expert on Roman politics and life. He divides his time between Berkeley, California and Austin, Texas.
or
Not Currently Available for Direct Purchase