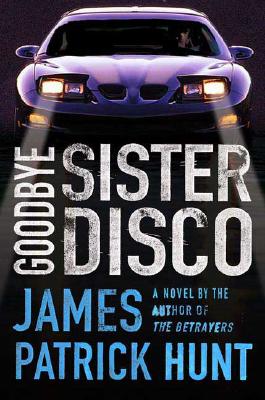 Lieutenant George Hastings, a cool-headed, quick-thinking police detective, leapt to the forefront of the St. Louis Police Department when two beat cops were gunned down, and he led the joint FBI/police taskforce that caught the killer.

Now he is back at work with the FBI on a new case: Cordelia Penmark, the daughter of a wealthy businessman, has been kidnapped and her boyfriend callously executed outside of a posh holiday party for his law firm.

The murder was clearly a message—the kidnappers are willing to take this as far as they have to—and the target and the ransom demand indicate that the crime is politically motivated. But the investigators are stumped. Wary because of bruised egos on his team and bad blood among members of the young woman’s family, and suspicious of the kidnappers’ intentions, Hastings knows that there’s more than simple politics in play as the kidnappers pull him and the girl’s father into a deadly game of cat and mouse.

Slick, sharp, and authentic, Goodbye Sister Disco, the sequel to the acclaimed novel The Betrayers, establishes James Patrick Hunt as one of crime fiction’s rising stars.

“The superbly drawn characters in this mix of thriller and police procedural would do Joseph Wambaugh or Michael Connelly proud… This is still another fine piece of work from the author of the Maitland series and two other top-notch stand-alones.”
--Booklist (starred review)

“Hunt’s roller coaster of a crime thriller has it all—great characters, plenty of action, and a nail-biting ending. For fans of police procedurals.”
--Library Journal (starred review)

“Hunt sets his plot in motion with such quick, sure strokes and sketches even minor characters with such authority… Pure pleasure.”
--Kirkus Reviews

Praise for The Betrayers

“Compares favorably to Elmore Leonard’s early urban crime novels. His protagonists are intelligent, self-aware, and capable of swift, harsh action. And no one is better at capturing the flirty-but-keep-your-distance banter between the sexes. Tracy and Hepburn got nothin’ on this guy. Plan ahead and clear a shelf for James Patrick Hunt. He’s the real deal.”
—Booklist (starred review)

“Intriguing… His landscape abounds with quirky characters of all stripes; some are great company and others can crack wise and kill at the same time.”
—Publishers Weekly

“Intricate, completely convincing, and scorching hot, The Betrayers is reminiscent of the best of Elmore Leonard.… Yes, it’s that good.”
—George Pelecanos, author of The Night Gardener

“A classic big-city police procedural that flickers like a black-and-white movie across the imagination.”
—Denise Hamilton, author of Prisoner of Memory

JAMES PATRICK HUNT, a lawyer, was born in Surrey, England. A graduate of St. Louis University and Marquette University Law School, he is the author of three previous novels and now lives in Tulsa, Oklahoma.
Loading...
or
Not Currently Available for Direct Purchase