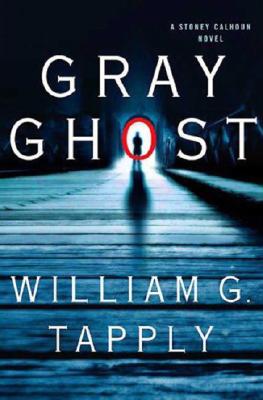 Seven years ago, Stoney Calhoun woke up in a VA hospital with no memories.  He still remembers nothing from before then, except that he has a few unexplained skills--a gift for angling, an ability to read French--and recently it's been made clear to him that it would be best if he never does. Working as a guide on Casco Bay, Stoney is out with a client on an early morning fly fishing expedition when they find the charred remains of a recent corpse on a small, uninhabited island. A couple of days later, Calhoun's client turns up in the driveway of Stoney's cabin in the woods--shot dead in the front seat of his SUV. In the midst of a couple of inexplicable murders, both of which clearly have something to do with Stoney, past or present, it's up to him find out the truth...or risk becoming the next victim.

William G. Tapply was a contributing editor to "Field & Stream" and the author of numerous books on fishing and wildlife, as well as more than twenty books of crime fiction, including "Third Strike," "Hell Bent" and "Dark Tiger." He lived with his wife in Hancock, New Hampshire.
Loading...
or
Not Currently Available for Direct Purchase