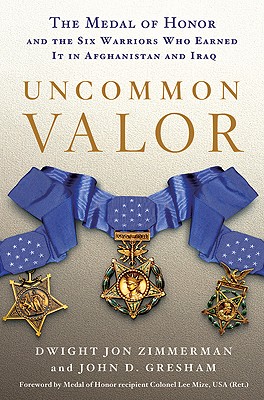 Since the Vietnam War ended in 1973, the Medal of Honor, our nation’s highest award for valor, has been presented to only eight men for their actions “above and beyond the call of duty.” Six of the eight were young men who had fought in the current war in Iraq, Afghanistan, or both. All of these medals were awarded posthumously, as all had made the choice to give their lives so that their comrades might live. Uncommon Valor answers the searing question of who these six young soldiers were, and dramatically details how they found themselves in life-or-death situations, and why they responded as they did. For the first time, this book also provides a comprehensive history of the Medal of Honor itself—one marred by controversies, scandals, and theft. Using an extraordinary range of sources, including interviews with family members and friends, teammates and superiors in the military, personal letters, blogs posted within hours of events, personal and official videos and newly declassified documents, Uncommon Valor is a compelling and important work that recounts incredible acts of heroism and lays bare the ultimate sacrifice of our bravest soldiers.

DWIGHT JON ZIMMERMAN is an award-winning author of books and articles on military history and a member of the Military Writers Society of America. He lives in Brookyn, NY. JOHN D. GRESHAM is a veteran military analyst and the co-author, with Tom Clancy, of Clancy's bestselling nonfiction series, including "Special Forces: A Guided Tour of the US Army Special Forces, "and "Fighter Wing: A Guided Tour of an Air Force Combat Wing. "He lives in Fairfax, VA.
or
Not Currently Available for Direct Purchase
Copyright © 2020 American Booksellers Association