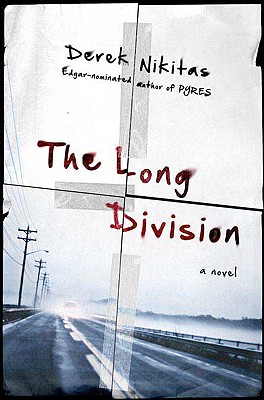 An Atlanta housecleaner flees her nowhere life to reunite with the son she gave up for adoption. The teenage boy joins his longlost mother on an unlawful road trip that proves how much they both have to lose by finding each other. Elsewhere, a deputy must track down the shooter in a drug-related double murder before other investigators discover the deputy's illicit ties to the case. The killer is an unbalanced college kid hunted by vengeful drug dealers and the police, haunted by loves both dead and for bidden. When the renegade mother and son arrive, past sins and present gambits will ensnare them in the violent endgame between the deputy and the desperate killer.

Praise For The Long Division…

"Derek Nikitas reveals a maimed beauty in the darkest recesses of the human heart, and THE LONG DIVISION will stay with you long after you turn the last page.  I loved this book." - Sean Chercover:

"Coming off one of the most accomplished debuts in recent years, Derek Nikitas's second novel, The Long Division, exceeds even the grandest of expectations. As he deftly weaves together three perilous storylines, we feel ourselves simultaneously moved, horrified and brokenhearted as the novel spirals towards its breathtaking conclusion. Nikitas finds beauty and pathos in the smallest of gestures, the largest of actions, the darkest of paths. Not to be missed."

“In its dark heart, this murderous tale is about family, but whether family is our salvation or our doom is the real mystery. Pushed to their breaking points, Nikitas' characters are brutally compelling, his narrative voice riveting. Once again,his storytelling seems powered by a steam-engine, an unstoppable force.”