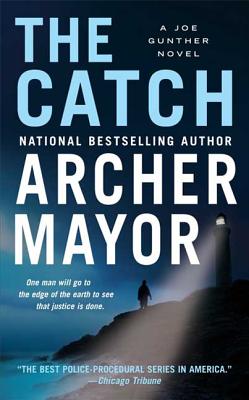 Joe Gunther, a policeman for most of his adult life, gets the call that every cop hates: A fellow officer has been killed in the line of duty. During what appears to have been a routine traffic stop on a dark country Vermont road, a deputy sheriff was shot to death. From what can be seen on the cruiser's video recorder, the killers appear to be a couple of Boston-based drug runners.

Gunther and his Vermont Bureau of Investigation are brought in to identify the killers and track them down up and down the northeast shoreline. Meanwhile, Alan Budney, the disaffected son of a Maine lobsterman, is a man with big ambitions to usurp and replace the state's primary drug kingpin, a plan that will inevitably place him on a dangerous collision course with Gunther's investigation


Praise For The Catch…

Archer Mayor, in addition to being a novelist, is also a death investigator for Vermont's Chief Medical Examiner, a deputy for the Windham County Sheriff's Department, and has served twenty-five years experience as a volunteer firefighter and EMT. The winner of the NEIBA award for Best Fiction, he lives in Newfane, Vermont.
Loading...
or
Not Currently Available for Direct Purchase