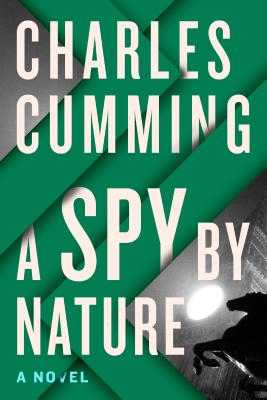 A Spy by Nature

"Tautly written, cleverly plotted...it reminded me strongly of the early books of John le Carré" -- Robert Harris, author of The Ghost and Fatherland


Alec Milius, a recent graduate of the London School of Economics, is young, smart, and a bit of a slacker, stuck in a shady job and suffering from a lack of direction. So, when an old family friend offers to put him up for a job in British Intelligence, Alec begins the rigorous selection process for SIS or MI6. Though he doesn't officially make the cut, he is funneled into a prime position at a British oil company with interests in the Caspian Sea. He is directed to befriend Fortner Grice and Katharine Simms, two charismatic employees of Andromeda, a rival American oil firm. Lured into the murky world of industrial espionage, Millius finds himself trapped in a life of secrets and lies, manipulated by MI6 and the CIA, and confronted by the reality of a ruthless business environment in which priceless information can come at the cost of human life. Compellingly told, utterly authentic, and heart-racingly tense, A Spy By Nature will grip you until the very last page.

“Well researched and deftly plotted ... a book one would be seriously annoyed to have to put down.” —The Telegraph