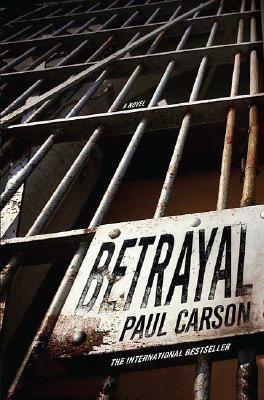 Harmon Penitentiary in Dublin is Europe's most dangerous high-security jail, holding an explosive and terrifying mix of drug lords, terrorists, violent sex offenders, gunrunners, and gang leaders. For Chief Medical Officer Dr. Frank Ryan, working amongst the felons is a great medical and personal challenge---the last doctor was murdered---that he rises to every day. One night, he receives a summons from the jail to attend to an inmate who has supposedly committed suicide in J wing, but as he steps out of his apartment, Ryan is badly beaten, kidnapped, drugged, interrogated, and held prisoner for six days.
Upon his release, Ryan is unable to make sense of who got to him and what might have caused the attack. His ordeal is denied by his superiors, and to make matters worse, his girlfriend Lisa has disappeared without a trace. Desperate to find Lisa, who he now realizes might not have been as straight with him as he thought, the doctor gets involved in a daring plan to spring a hard-boiled criminal from Harmon in exchange for the information he badly needs, and he soon realizes that his ordeal is more than just a personal issue. A wide net of criminals and several international governments seem to be involved, and Ryan must now uncover a far-reaching conspiracy that appears to have been hatched at Harmon, inside J wing, where a mysterious inmate is kept in single confinement . . .
Carson has crafted a fast-paced, white-knuckle thriller filled with vividly painted scenes of prison riots, tough-as-nails criminals and government officials, and a hero who has taken about as much as he can stomach and is ready to fight back.

Praise for Paul Carson:
Betrayal
"A pacy thriller guaranteed to get the heart beating. A breakneck thrilling ride"
---The Irish Independent

Scalpel
"As bad a baddie as Hannibal Lecter . . .a fast pace and an energetic storyline."
---Irish Times
"Thoroughly enjoyable . . . Paul Carson is a name to watch. Top marks on the 'hard to put down scale.'" ---Evening Herald
"An undeniably compelling chiller." ---GQ
"This wonderfully tense read gleefully twists and gnaws at the nerves and has a terrifying sense of 'it really could happen' about it. Superb." ---Big Issue
"A brilliant debut . . . a first-rate thriller." ---London Magazine
"Carson's pace is helter skelter . . . a first-class thriller." ---Sunday Tribune

"Paul Carson is the master of the medical thriller."---Irish Times

Paul Carson is a doctor and the bestselling author of "Final Duty, Cold Steel, ""Scalpel"," " and "Ambush." He lives in Dublin with his family, where he also runs an allergy clinic for children.
Loading...
or
Not Currently Available for Direct Purchase