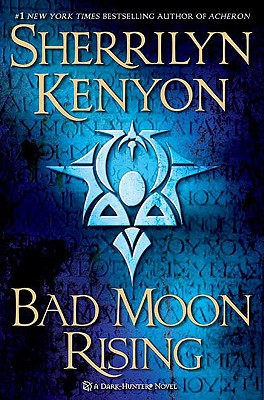 "A stunning and suspenseful new landscape emerges in the thrilling Dark-Hunter world a world where nothing will ever be the same again. . ."
""

Fang Kattalakis isn't just a wolf. He is the brother of two of the most powerful members of the Omegrion: the ruling council that enforces the laws of the Were-Hunters. And when war erupts among the lycanthropes, sides must be chosen. Enemies are forced into shaky alliances. And when the woman Fang loves is accused of betraying her people, her only hope is that Fang believes in her. Yet in order to save her, Fang must break the law of his people and the faith of his brothers. That breech could very well spell the end of both their races and change their world forever.

The war is on and time is running out...

“[A] publishing phenomenon…[Sherrilyn Kenyon is] the reigning queen of the wildly successful paranormal scene. . .Just one example of arguably the most in-demand and prolific authors in America these days.” –Publisher’s Weekly

"Kenyon is the reigning queen of the vampire novel." --Barbara Vey, Publishers Weekly

"Kenyon's writing is brisk, ironic and relentless imaginative.  These are not your mother's vampire novels." --Boston Globe

In the past two years, "New York Times" bestselling author Sherrilyn Kenyon has claimed the #1 spot twelve times, and since 2004, she has placed more than 50 novels on the "New York Times" list. This extraordinary bestseller continues to top every genre she writes. With more than 23 million copies of her books in print in over 30 countries, her current series include: "The Dark-Hunters," "The League," "Lords of Avalon," "BAD Agency," "Chronicles of Nick" and "Nevermore." A preeminent voice in paranormal fiction, Kenyon helped pioneer and define the current paranormal trend that has captivated the world. She lives with her husband, three sons, a menagerie of animals and a collection of swords.
Loading...
or
Not Currently Available for Direct Purchase