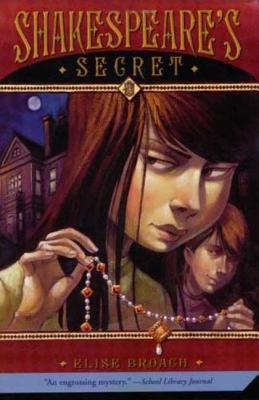 Starting sixth grade at a new school is never easy, especially when your name is Hero. Named after a character in a Shakespeare play, Hero isn't at all interested in this literary connection. But when she's told by an eccentric neighbor that there might be a million dollar diamond hidden in her new house and that it could reveal something about Shakespeare's true identity, Hero is determined to live up to her name and uncover the mystery.

“I like this book because it involves a girl trying to solve an unfinished case. Even my friends say it's a good read!” —Discovery Girls tween reviewer

“Middle school girls will love the suspense and identify with the characters' personal decisions, reflecting Shakespeare's universal themes such as loyalty, the public versus the private self, integrity, true love, and humor's dark side.” —Voices of Youth Advocates

“Sophisticated readers, particularly fans of Blue Balliett's Chasing Vermeer, will appreciate the true emotions, the rich language, and the revelations of many-layered mysteries that tie the past to the present.” —Booklist

“The historical references, the highly developed characters, and the intriguing plot make this a page-turning satisfying read.” —Armchair Interviews