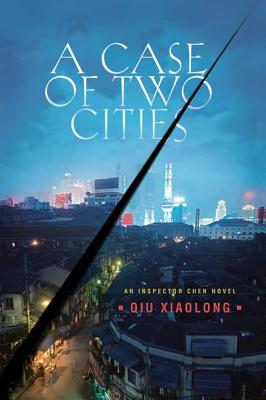 A Case of Two Cities (Paperback)

Inspector Chen Cao of the Shanghai Police Department is assigned a high-profile anti-corruption case, one in which the principal figure has long since fled to the United States and beyond the reach of the Chinese government. But Xing left behind his organization, and Chen, while assigned to root the co-conspirators, is not sure whether he's actually being set up to fail.
In a twisting case that takes him from Shanghai all the way to the U.S., reuniting him with his colleague and counterpart from the U.S. Marshall's Service, Inspector Catherine Rhon, Chen finds himself at odds with hidden, powerful, and vicious enemies. At once a compelling crime novel and an insightful, moving portrayal of contemporary China, A Case of Two Cities is the finest novel yet in this critically-acclaimed, award-wining series.

Qiu Xiaolong was born in Shanghai and, since 1988, has lived in St. Louis, Missouri. A poet and a translator, he has an MA and a Ph.D. from Washington University. He is the author of several previous novels featuring Inspector Chen, including the award-winning Death of a Red Heroine and A Case of Two Cities.