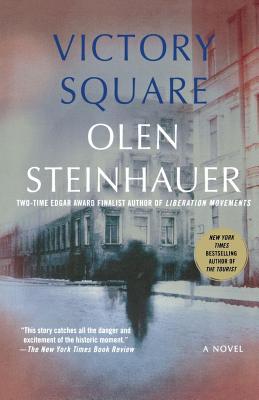 The revolutionary politics and chaotic history at the heart of Olen Steinhauer's literary crime series set in Eastern Europe have made it one of today's most acclaimed, garnering two Edgar Award nominations, among numerous other awards. Upon reaching the tumultuous 1980s, the series comes full circle as one of the People's Militia's earliest cases reemerges to torment its inspectors, including militia chief Emil Brod, the original detective on the case. His arrest of a revolutionary leader in the late 1940s resulted in the politician's imprisonment, but at the time Emil was too young to understand how great the cost would be. Only now, in 1989, when he is days from retirement and spends more and more time looking over his shoulder, does he realize that what he did in the line of duty may get him—and others—killed.

By fusing a story of revenge at any cost with a portrait of a country on the brink of collapse, Steinhauer masterfully brings the personal and political together with devastating results and once again raises crime fiction to a stunning new level.

“This story catches all the danger and excitement of the historic moment.” —The New York Times Book Review

“Clipped, economical prose . . . Steinhauer offers a concrete end to the sins of the past.” —Los Angeles Times

“If previous books upped the narrative ante . . . this one goes all in.” —Booklist

OLEN STEINHAUER, the New York Times bestselling author of several novels, including The Middleman, All the Old Knives, and The Cairo Affair, is a Dashiell Hammett Award winner, a two-time Edgar award finalist, and has also been shortlisted for the Anthony, the Macavity, the Ellis Peters Historical Dagger, the Ian Fleming Steel Dagger, and the Barry awards. Raised in Virginia, he lives in New York and Budapest, Hungary.
Loading...
or support indie stores by buying on