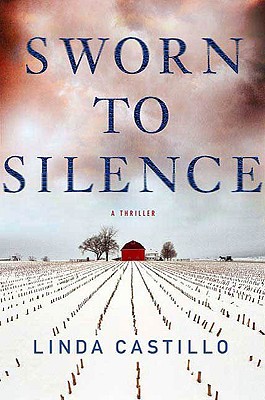 A killer is preying on sacred ground....

In the sleepy rural town of Painters Mill, Ohio, the Amish and “English” residents have lived side by side for two centuries. But sixteen years ago, a series of brutal murders shattered the peaceful farming community. In the aftermath of the violence, the town was left with a sense of fragility, a loss of innocence. Kate Burkholder, a young Amish girl, survived the terror of the Slaughterhouse Killer but came away from its brutality with the realization that she no longer belonged with the Amish.

Now, a wealth of experience later, Kate has been asked to return to Painters Mill as Chief of Police. Her Amish roots and big city law enforcement background make her the perfect candidate. She’s certain she’s come to terms with her past—until the first body is discovered in a snowy field. Kate vows to stop the killer before he strikes again. But to do so, she must betray both her family and her Amish past—and expose a dark secret that could destroy her.

“There’s a new sheriff in thriller-ville. And her name is Kate Burkholder. . . . The thriller is marked by interesting characters, strong plotting, suspense and gore galore.” —Cleveland Plain Dealer

“Linda Castillo has come up with a story of striking originality . . . Castillo ratchets up the suspense with each page, as Kate is faced with a diabolical murderer, an antagonistic town council member and a dark secret from her past that threatens to derail the investigation. The first in a projected series, Sworn to Silence is filled with blood-chilling storytelling, fair play with clues and arresting prose. But it’s Castillo’s fully fleshed characters that will linger in the reader’s mind, with feisty, flawed -- and ultimately heroic -- Kate foremost among them.”—Richmond Times Dispatch

“Castillo has created a spell-binding thriller that draws readers in from the beginning and doesn’t let go until the last page. There’s no putting this book down . . . What readers will enjoy are the twists and turns along the way, as well as the great heart that Linda Castillo has given to the police department in Painters Mill. Castillo’s characters are tough, yet flawed, chased by their own demons and inadequacies. Still, there’s never a point in this story where readers will not feel sympathy and kinship for this community of people trying to do the right thing. Castillo has created a great heroine in the unlikely Kate Burkholder, who is equal parts tough cop and vulnerable Amish girl, reliving a horrific incident from her past. It seems almost certain that Kate Burkholder will go on to solve other cases and gain a strong readership anxious to follow her every move, if this stunning debut novel is any indication.”—ReviewingTheEvidence.com