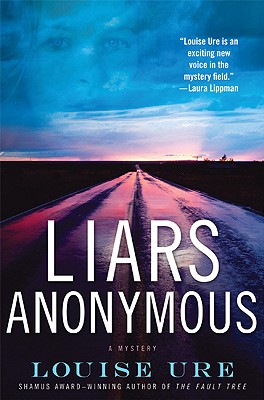 “Hands On Emergency. This is Jessie. Is there an emergency in the vehicle?”

Roadside Assistance Operator, Jessie Dancing, knows what it’s like to take a life, and she’s trying to put that memory behind her. But when the call comes in from real estate tycoon Darren Markson, she thinks she hears him being killed while she’s on the phone with him. This can’t be, but she knows the world of violence and death is never far away. Jessie travels from Phoenix to her hometown of Tucson to let Markson’s wife hear that last communication from her husband. But according to Emily he’s very much alive...

"As Ure slowly peels back the layers of scar tissue to reveal Jessie's past crimes, the investigation of the woman's murder takes on even more depth as readers come to realize just how damaged the feisty heroine truly is." - Publishers Weekly, starred review

Praise for The Fault Tree:

"The Fault Tree is an original and gripping work, more proof--as if any was needed--that Louise Ure is an exciting new voice in the mystery field."- Laura Lippman, award-winning author of To the Power of Three

"If you can't buy the idea of a blind auto mechanic, wait until you meet Ure's new heroine." - San Francisco Chronicle

"Heart-stopping suspense that builds to a crescendo and well-defined characters make this a top-notch mystery.  - Library Journal, starred review

"An acute study of a fiercely independent heroine and a nail-biting suspenser." - Kirkus, starred review

LOUISE URE currently lives in San Francisco with her husband and whichever senior golden retriever rescue dog has most recently captured her heart. She is the Shamus Award-winning author of "Forcing Amaryllis "and "The Fault Tree." This is her third novel.
Loading...
or
Not Currently Available for Direct Purchase