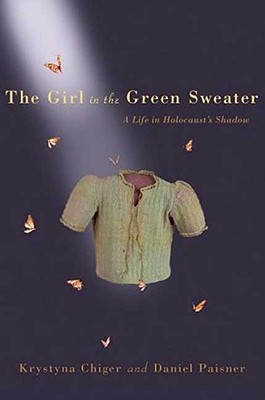 The Girl in the Green Sweater

A Life in Holocaust's Shadow

In 1943, with Lvov's 150,000 Jews having been exiled, killed, or forced into ghettos and facing extermination, a group of Polish Jews daringly sought refuge in the city's sewer system. The last surviving member this group, Krystyna Chiger, shares one of the most intimate, harrowing and ultimately triumphant tales of survival to emerge from the Holocaust. "The Girl in the Green Sweater" is Chiger's harrowing first-person account of the fourteen months she spent with her family in the fetid, underground sewers of Lvov.
"The Girl in the Green Sweater" is also the story of Leopold Socha, the group's unlikely savior. A Polish Catholic and former thief, Socha risked his life to help Chiger's underground family survive, bringing them food, medicine, and supplies. A moving memoir of a desperate escape and life under unimaginable circumstances, "The Girl in the Green Sweater" is ultimately a tale of intimate survival, friendship, and redemption.


Praise For The Girl in the Green Sweater: A Life in Holocaust's Shadow…

"The Girl in the Green Sweater manages to touch us in an unexpected way, revealing highs and lows in man's capacity for evil, as well his capacity to love life and other human beings." -- Naomi Ragen, author of The Saturday Wife and The Covenant

“With a powerful story and a keen voice, Chiger's Holocaust survivor's tale is a worthy and memorable addition to the canon.”--Publishers Weekly

"An important addition to Holocaust literature that vividly describes a harrowing childhood faced with enormous strength and courage."--Michael Bart, author of Until Our Last Breath: A Holocaust Story of Love and Partisan Resistance

KRYSTYNA CHIGER survived the Holocaust by hiding with her family in the sewers of Lvov, Poland for 14 months. A retired dentist, she lives in Long Island. DANIEL PAISNER has collaborated on many books, including the "New York Times" bestselling "Last Man Down: A Firefighter's Story of Survival and Escape from the World Trade Center."
Loading...
or
Not Currently Available for Direct Purchase