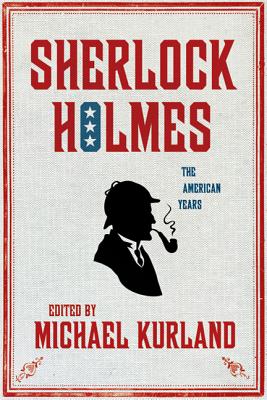 With an introduction by Leslie S. Klinger, editor and compiler of all three volumes of the Annotated Sherlock Holmes, this collection of ten original stories brings light to one of the least examined periods in the life of the great detective—his time in the former colonies, the United States. This Holmes is a youthful one—a young man not yet set upon his course in life and in his famous lodgings at 221B Baker Street. In Richard Lupoff 's "Inga Sigerson Weds," he's come to America to represent the family at his sister's wedding. In "My Silk Umbrella," Mark Twain narrates his fateful encounter with Holmes at a baseball game in Hartford, Connecticut; Steve Hockensmith narrates the meeting of the young William Gillette and the object of his later, most famous turn upon the stage; and Peter Tremayne reveals the intersection of Holmes and the Irish in the 19th century American midwestern landscape. With further stories by Marta Randall, Rhys Bowen, Peter Beagle, and others, the legend, the mythology and even the history of the world's greatest detective is further enhanced by these charming, clever and mystifying tales.

"Fans will enjoy the way the authors of these stories incorporate real people into their fictions: three of the stories, for example, are narrated by Mark Twain, Robert Louis Stevenson, and Edwin Booth (brother of John Wilkes)." - Booklist

Michael Kurland has written almost forty books. He was the editor of the Sherlock Holmes collection Sherlock Holmes: The Hidden Years. Twice a finalist for the Edgar Award, he lives in Petaluma, California.
Loading...
or support indie stores by buying on