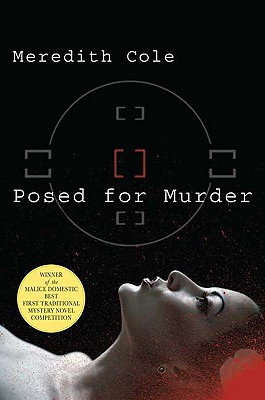 Lydia McKenzie is an artist whose medium is the camera. She’s having her first one-woman show. It is a series that ties to actual murders committed in the city’s past. Her method is to find a model—someone who can match in a general way the actual female victim—and pose her in the clothes and position in which the actual victim was found. The night of her showing, however, is disappointing; the owner of the gallery makes her pay for the invitations down to the stamps, hang the whole show herself, and rush for the usual wine and snacks. But what happens next is much worse: two plainclothes policemen shut down the event and take Lydia in for questioning. A young woman whom she knew well, and who was the model in one of her photographs, has been murdered. Worried that the police aren’t doing what they should, Lydia and another friend set out to find the killer.

The winner of the celebrated St. Martin’s Minotaur/Malice Domestic Best First Traditional Mystery Novel Competition, Posed for Murder presents a snapshot of crime in a lasting and memorable story.

Praise For Posed for Murder…

"Author Cole has created a tough-minded and attractive central character who is resilient and believable, as well as strong secondary characters who add to the novel's depth. It is a solid debut crime story with a fascinating premise, engaging characters, and a good feel for the novel's urban space.”--Mystery Scene Review

Meredith Cole directed feature films and wrote screenplays, winning a New York Foundation for the Arts Grant in Screenwriting, before writing mysteries. She won the Minotaur Books/Malice Domestic Best First Traditional Mystery Novel Competition in 2007. She is a member of the board of the Mystery Writers of America/NY Chapter, and currently lives in Williamsburg, Brooklyn with her husband and son.
Loading...
or
Not Currently Available for Direct Purchase