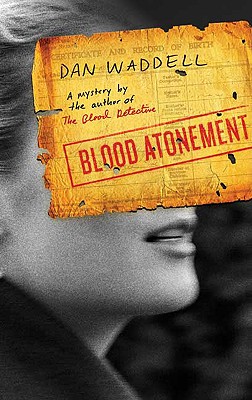 Genealogist Nigel Barnes’s second case leads him into the dark heart of the Mormon church and a gruesome, century-old secret.

Detective Chief Inspector Grant Foster is called to a homicide at the home of a single mother in Queens Park, London. Her throat has been cut from ear to ear and her body dumped in the garden. Her daughter and only child, Naomi, who has just turned fourteen that day, is missing. As the hours tick by, the feeling grows among Foster’s colleagues that this is most likely becoming a double-murder inquiry. With nothing in the present to indicate a motive, Foster decides to delve into the dead woman’s past only to find out she does not have one. He calls on genealogist Nigel Barnes. The trail takes Barnes back to late Victorian England where it abruptly ends with a young couple who came from the United States to England. Nigel’s quest takes him on trip through the violent history of the Mormon church as he and Foster race to solve a shameful, long-kept secret that is about to have bloody repercussions in the present, and for which someone is seeking vengeance.

Dan Waddell delivers another gritty, suspenseful mystery that will keep readers guessing until the last page.

"Waddell’s second outstanding thriller (after The Blood Detective) mixes the genealogy of a family who can’t escape their ancestors’ deeds in Utah with today’s Morman fundamentalist splinter groups. Featuring brilliant detection by the police, the crime scene investigators, and the genealogist... this is a breathless roller-coaster ride."--Library Journal (starred review) "...solidly plotted...boasts a protagonist whose unusual profession gives the story an added element of intrigue: using genealogy to unlock the victim’s past and explain a contemporary crime. A definite winner, and further proof that Nigel Barnes is going to be a strong series lead." --Booklist

DAN WADDELL has published ten non-fiction books. This is his second novel featuring genealogist Nigel Barnes, following The Blood Detective. He lives in west London with his son.
Loading...
or
Not Currently Available for Direct Purchase