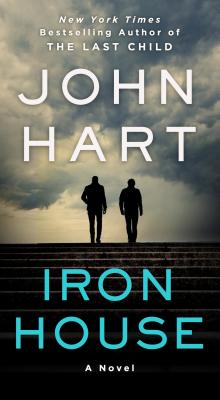 From the award-winning, New York Times bestselling author John Hart comes a gut-wrenching thriller about two brothers, one woman, and an explosive secret that threatens to tear their whole world apart...

At the Iron Mountain Home for Boys, there was nothing but time for two orphans to learn that life isn’t won without a fight. Julian survives only because his older brother, Michael, is both feared and fiercely protective. When an older boy is brutally killed, Michael makes the ultimate sacrifice to protect Julian: He flees the orphanage and takes the blame with him.

For two decades, Michael thrives on the streets of New York, eventually clawing his way to a world of wealth, power, and respect. But the life he’s made for himself unravels when he meets Elena, who knows nothing of his past or sins. Michael wants a fresh start with her, the chance to build a family of his own. But a life in organized crime is not so easily abandoned. Now, with a price on his head and everyone he loves at risk, Michael must return to North Carolina—to Julian, and to the secrets, lies, and danger that still remain at Iron House.

John Hart is the New York Times bestselling author of The King of Lies, Down River, The Last Child, Iron House, Redemption Road, and The Hush. The only author in history to win the Edgar Award for Best Novel consecutively, John has also won the Barry Award, the Southern Independent Bookseller’s Award for Fiction, the Ian Fleming Steel Dagger Award, and the North Carolina Award for Literature. His novels have been translated into thirty languages and can be found in more than seventy countries.
or
Buy Here
Copyright © 2020 American Booksellers Association