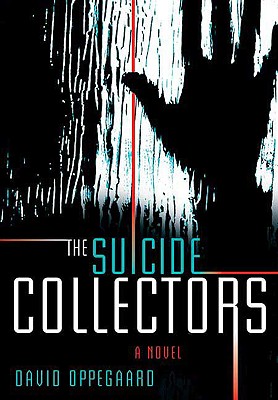 “This frightening and powerful story of a plague that is causing suicides is transfixing. I was completely captured by the fate of the characters and amazed by the way Oppegaard was able to capture their world.”
— Stephanie Kilgore, Changing Hands Bookstore, Tempe, AZ
View the List

The Despair has plagued the earth for five years. Most of the world’s population has inexplicably died by its own hand, and the few survivors struggle to remain alive. A mysterious, shadowy group called the Collectors has emerged, inevitably appearing to remove the bodies of the dead. But in the crumbling state of Florida, a man named Norman takes an unprecedented stand against the Collectors, propelling him on a journey across North America. It’s rumored a scientist in Seattle is working on a cure for the Despair, but in a world ruled by death, it won’t be easy to get there.

David Oppegaard was born in St. Paul, Minnesota. He holds a B.A. in English Literature from St. Olaf College and an M.F.A. in Writing from Hamline University. This is his first novel.

Praise For The Suicide Collectors…

"Just when it seems that there are no new plots left to write about, David Oppegaard has come up with a doozy.  His “The Suicide Collectors” takes us to a startling theme we haven’t encountered before, with every page a thrilling new surprise."

-Stan Lee, writer, editor, and the former president and chairman of Marvel Comics

"Oppegaard's big bad is an abstraction, but it engenders very concrete terrors.  I was reminded of Junji Ito's Uzumaki, which in my book is as good as it gets. "  - Mike Carey, author of THE DEVIL YOU KNOW, and bestselling and award-winning author of Vertigo Comics's LUCIFER and HELLBLAZER
or
Not Currently Available for Direct Purchase
Copyright © 2020 American Booksellers Association