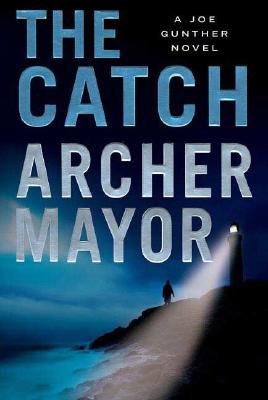 Joe Gunther, a Vermont cop for most of his adult life and now the head of the VBI (Vermont Bureau of Investigation) gets the call that every law enforcement person hates and every friend and family member of a policeman fears -- a cop has been shot and killed.  A deputy sheriff was shot to death during a routine traffic stop on a dark country road.  From what can been seen on the cruiser's tape recorder of the killers, it is believed that they were a couple of Boston-based drug runners who had been stopped by the deputy on their way from Canada down to Boston.   Which is what brings Gunther and his team to the investigation - an attempt to shut down the major drug running operation.  Specially that of one Alan Budney, disaffected son of a lobsterman, now a drug kingpin, who uses the closed, clannish lobster fishing community and his extended family in particular, to move drugs along the New England coast. The most recent book - and last from Grand Central - Chat, has spent four week on the extended Booksense bestseller list and, as always, has been on the NEBA bestseller list since publication.  He is the winner of the 2004 New England Booksellers Association Award for Best Fiction.

Praise For The Catch: A Joe Gunther Novel…

"Mayor's skills are equal to the vigor of his imagination, and we take his word for every twist, every turn, every thunderbolt." —The New Yorker on St. Alban's Fire

Archer Mayor, in addition to being a novelist, is also a death investigator for Vermont's Chief Medical Examiner, a deputy for the Windham County Sheriff's Department, and has 25 years experience as a volunteer firefighter and EMT.
Loading...
or
Not Currently Available for Direct Purchase