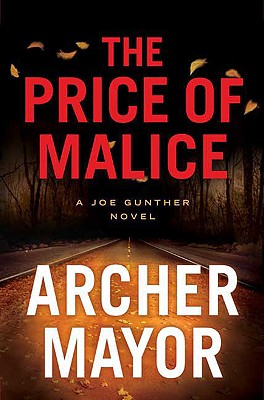 Wayne Castine was found brutally murdered and the murderer remains at large. Castine, a suspected child predator, was killed in Brattleboro where he was involved with a tangled network of an extended family living in a local trailer park. Any member of the clan would have had the opportunity to kill him, and, as he was involved with both the mother and her 12 year old daughter, reason to commit the murder. At the same time, Joe Gunther has learned that his girlfriend Lyn Silva’s fisherman father and brother, believed lost at sea off the coast of Maine, might have actually been murdered.

Without enough solid information to warrant law enforce ment involvement, Lyn returns to Maine to try and investigate Gunther’s findings. Gunther periodically puts his on-going murder investigation on hold—irritating his colleagues and angering his bosses —to go and help Lyn in Maine. It appears increasingly possible that her father and brother weren’t the good guys that Lyn always believed them to be and that they might have been involved with vicious smugglers who murdered them—and might do the same to Lyn if she keeps pushing. Torn between his conscience and his heart, a murder invest - igation and a personal search for the truth, Gunther finds that betrayal and loyalty are often a matter of viewpoint.

Praise For The Price of Malice: A Joe Gunther Novel…

“The Joe Gunther series is one of the best around…With its excellent noir touches, terrific plots, and really interesting central character, it ought to appear at the top of most lists.”—Globe and Mail (Toronto)

“Mayor still shows why he is one of the most respected American writers or procedurals.”—Library Journal

“As always, Mayor delivers rich characters, solid police procedural details, and a rich sense of place. A solid addition to a fine series.”—Booklist

“The Catch [is] as authentic as it gets.”—The New York Times Book Review

…and for Archer Mayor and his other Joe Gunther novels

“Mayor is a devil of a plotter.” —Marilyn Stasio, The New York Times Book Review

“Superb…Mayor spins out parallel story lines and weaves the strands together with deft precision.”—Publishers Weekly (starred review) on The Second Mouse

“The writing is strong, with sharp social observations throughout…Gunther grows on you from novel to novel.”—Washington Post Book World

“From first to last, [Mayor’s] novels are page-turners, and each page resonates with the author’s authority…His storytelling talents and his sheer craftsmanship combine to make his Joe Gunther books hard to put  down.”—Tampa Tribune“Archer Mayor is one of today’s most reliable—and most underappreciated—crime writers. His low-key police procedurals, which utilize their off-the-beaten-track setting to great advantage, are always entertaining, and his protagonist and iconoclastic supporting cast are unfailingly good company.”—San Diego Union-Tribune

ARCHER MAYOR is a death investigator for Vermont's Chief Medical Examiner, a deputy for the Windham County Sheriff's Department, and has 25 years experience as a volunteer firefighter and EMT. He's also the author of the critically acclaimed Joe Gunther series, most recently "The Catch." He lives in Newfane, Vermont.
Loading...
or
Not Currently Available for Direct Purchase