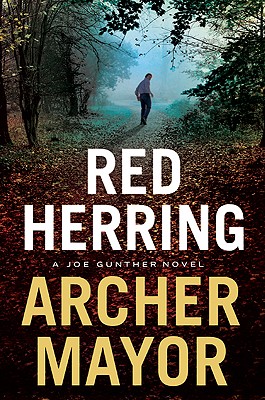 “Archer Mayor works part-time with the medical examiner in Vermont and makes good use of some special knowledge in this new Joe Gunther case, where the calling card of an apparent serial killer is a drop of blood glistening at each crime scene. None of the victims are related, and each has died in a way that evokes memories of terrible tragedy in his or her life. Another suspenseful entry in this very popular series.”
— Barbara Peters, The Poisoned Pen, Scottsdale, AZ
View the List

VBI (Vermont Bureau of Investigation) head Joe Gunther and his team are called in to investigate a series of violent deaths that appear unrelated until telltale clues reveal a linkage between them and that all of the deaths are, in fact, murders. However, apart from a single drop of unexplained blood left at each crime scene, there are no obvious connections between the victims or the cases. The police are faced with more questions than answers including what do the mysterious deposits of blood mean, coming as they do from three additional unknown people. In their search for the elusive truth, the VBI must plumb the depths of every suspect’s past, every victim’s most intimate details, and examine each piece of evidence down to the smallest detail—an examination which includes a trip to the Brookhaven National Lab on Long Island and an exploration of cutting edge forensic technology.

"Mayor skillfully combines a gripping police procedural with a view of smalltown life balanced by bits of humor applied at just the right time. The suspense builds toward an ending that reveals a surprising motive and a chillingly realistic villain."--Publishers Weekly "Compassionate by nature, self-schooled to be tough when he needs to be, the sage of Brattleboro is as usual a pleasure to spend time with."--Kirkus Reviews "With cool forensic details for CSI fans, Mayor's heart-racing tale ends in a dramatic finish that will leave readers gasping... An excellent police procedural series."--Library Journal

ARCHER MAYOR is a death investigator, a sheriff's deputy, and a volunteer firefighter and EMT in addition to being a novelist. He lives in Newfane, Vermont.
Loading...
or
Not Currently Available for Direct Purchase