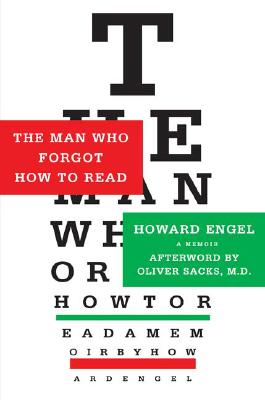 The Man Who Forgot How to Read

The remarkable journey of an award-winning writer struck with a rare and devastating affliction that prevented him from reading even his own writing
One hot midsummer morning, novelist Howard Engel picked up his newspaper from his front step and discovered he could no longer read it. The letters had mysteriously jumbled themselves into something that looked like Cyrillic one moment and Korean the next. While he slept, Engel had experienced a stroke and now suffered from a rare condition called alexia sine agraphia, meaning that while he could still write, he could no longer read.
Over the next several weeks in hospital and in rehabilitation, Engel discovered that much more was affected than his ability to read. His memory failed him, and even the names of old friends escaped his tongue. At first geography eluded him: he would know that two streets met somewhere in the city, but he couldn’t imagine where. Apples and grapefruit now looked the same. When he returned home, he had trouble remembering where things went and would routinely ?nd cans of tuna in the dishwasher and jars of pencils in the freezer.
Despite his disabilities, Engel prepared to face his dilemma. He contacted renowned neurologist Dr. Oliver Sacks for advice and visited him in New York City, forging a lasting friendship. He bravely learned to read again. And in the face of tremendous obstacles, he triumphed in writing a new novel.
An absorbing and uplifting story, filled with sly wit and candid insights, The Man Who Forgot How to Read will appeal to anyone fascinated by the mysteries of the mind, on and off the page.


Praise For The Man Who Forgot How to Read: A Memoir…

“Howard Engel brings to his memoir, The Man Who Forgot How to Read, all the skills he has learned as a crime writer working on the Benny Cooperman books. It is witty, insightful, moving without being sentimental, and it keeps you turning the pages. I urge you to read it.” ---Peter Robinson
“In The Man Who Forgot How to Read, Engel tells his story from the inside, with extraordinary insight, humor, and intelligence. It is a story that is not only as fascinating as one of his own detective novels, but a testament to the resilience and creative adaptation of one man and his brain.” ---Oliver Sacks


In Engel's memoir, he relates the difficult journey from bookworm word-jockey to near-illiterate and back again; a successful mystery novelist in his native Canada, Engel awoke one morning to discover he'd lost the ability to read. Soon, he's informed that he suffered a stroke while asleep, and is afflicted with alexia sine agraphia, a condition in which he can still write, but can't read--even what he himself has written. While battling alexia in rehab, Engel juggles a young son and a girlfriend, and tries to figure out how to support himself and his family. After accepting that he will never again write adventures for his long-time lead, detective Benny Cooperman, he eventually finds himself forging a therapeutic novel in which Benny suffers from a brain injury similar to Engel's own. This intriguing account of personal tragedy, overcome with grace and humility, is an inspirational and instructive tale. (July)

Howard Engel is the creator of the enduring and beloved detective Benny Cooperman, who, through his appearance in twelve novels, has become an internationally recognized fictional sleuth. He is the winner of numerous awards, including an Arthur Ellis Award for Crime Fiction. He lives in Toronto, Canada.
Loading...
or
Not Currently Available for Direct Purchase