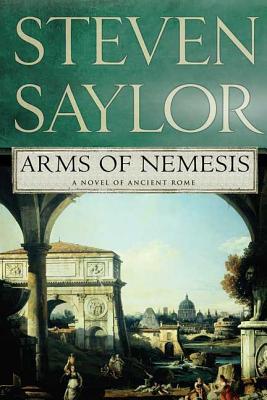 The hideously disfigured body was found in the atrium. The only clues are a blood-soaked cloak, and, carved into the stone at the corpse's feet, the word Sparta. The murdered man was the overseer of Marcus Crassus's estate, apparently killed by two runaway slaves bent on joining Spartacus's revolt. In response to the murder, the wealthy, powerful Crassus vows to honor an ancient law and kill his ninety-nine remaining slaves in three days. Now Gordianus the Finder has been summoned from Rome by a mysterious client to find out the truth about the murder before the three days are up.

Enmeshed in a world of desperate slaves and duplicitous masters, extravagant feasts and sordid secrets, Gordianus must risk all he loves, including his life, to stop a senseless slaughter-and save the very future of Rome itself.

“Gordinaus has wisdom and prudence; Saylor has intelligence, wit, and insight. Saylor has aquired the information of a historian but he enjoys the gifts of a born novelist.” —The Boston Globe on A Murder on the Appian Way