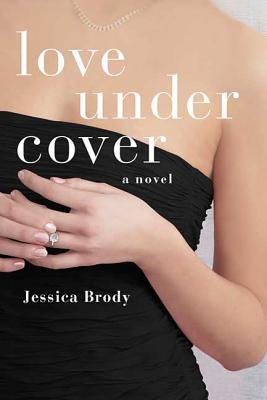 Can a former fidelity inspector tear herself away from her old calling for the sake of the perfect guy, or is the temptation to conduct love under cover just too strong?

Jennifer Hunter never saw herself as the relationship type. After all, she'd spent the last two years of her life as an undercover fidelity inspector, hired to test men's faithfulness—not exactly the kind of job that lends itself to intimacy. But when Jamie Richards walked into her life, everything changed, and Jennifer vowed to trade in her undercover lifestyle for something more normal. That's why she formed the Hawthorne Agency: five full-time fidelity inspectors, hired to carry out Jennifer's mission while she manages the process from a safe (relationship-saving) distance. Jen's business is booming, and just when it seems like things can't possibly get any better, Jamie proposes. Despite her lifelong issues with trust and commitment, Jen says yes. But can a woman who's seen nothing but failed marriages ever come to terms with tying the knot herself? And when Jen receives a frantic phone call from one of her employees in trouble, she's forced to make a choice. A choice that lands her in an all-too familiar place—a strange hotel room, kissing another man. And she knows that nothing will be the same.


Praise For Love Under Cover: A Novel…

“With a complicated, sympathetic protagonist, worthy stakes and a clever twist on the standard chick lit narrative, Brody will pull readers in from the first page.” —Publishers Weekly

“Those who enjoyed Brody's debut will be eager to catch up with Jennifer, but newcomers will be intrigued, too... [A]n honest, witty portrayal of modern love.” —Booklist

“Brody's follow-up to The Fidelity Files is another fast-moving, titillating read centered around our favorite "fidelity inspector."... At its core, this novel has great sensitivity, humor, and heart.” —Romantic Times BOOKReviews, 4 stars

“Love Under Cover is a thoughtful and compelling follow-up to The Fidelity Files. With her usual smart, deft, and witty prose, Brody delves deep into the psychology of a woman who tests the fidelity of strangers for a living but struggles with commitment in her own life.” —Joanne Rendell, author of Crossing Washington Square

“Sisters unite! This is a total revenge fantasy for anyone really tired of men with overactive zippers.” —USA Today (a Hot Summer Reads pick) on The Fidelity Files

“It's an absorbing story and fun to read.” —Associated Press on The Fidelity Files

“A sexy plot with a main character every woman would like to have on speed dial.” —Rocky Mountain News on The Fidelity Files

Jessica Brody knew from a young age that she wanted to be a writer. She started "self-publishing" her own books when she was seven years old, binding the pages together with cardboard, wallpaper samples and electrical tape. Brody graduated from Smith College in 2001 with a double major in Economics and French and a minor in Japanese. She went to work for MGM Studios as a Manager of Acquisitions and Business Development, and then, in 2005, she quit her job to follow her dream of becoming a published author. Brody is the author of two novels for adults--The Fidelity Files and Love Under Cover--and the young adult novels The Karma Club and My Life Undecided. Jessica's books are published in over ten foreign countries including the U.K., France, Germany, Czech Republic, Russia, Brazil, China, Portugal, and Taiwan. She now works full time as a writer and producer, and currently splits her time between Los Angeles and Colorado.