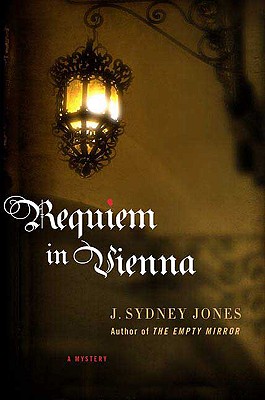 "What Sir Arthur Conan Doyle did for Victorian London and Caleb Carr did for old New York, Sydney Jones does for historic Vienna."

—Karen Harper, New York Times bestselling author of the Queen Elizabeth I mystery series At first it seemed like a series of accidents plagued Vienna’s Court Opera. But after a singer is killed during rehearsals of a new production, the evidence suggests something much more dangerous. Someone is trying to murder the famed conductor and composer Gustav Mahler. Worse, Mahler might not be the first musical genius to be dispatched by this unknown killer. Alma Schindler, one of Mahler's many would-be mistresses, asks the lawyer and aspiring private investigator Karl Werthen to help stop the attacks. With his new wife, Berthe, and his old friend, the criminologist Hanns Gross, Werthen delves into Vienna's rich society of musicians to discover the identity of the person who has targeted one of Austria's best-known artists. Set during the peak of Vienna’s cultural renaissance and featuring some of the city's most colorful residents, Requiem in Vienna is a perfect historical fiction. Rich in description and populated by vivid characters, this is a mystery that will leave readers guessing until the very last moment.

Praise For Requiem in Vienna: A Viennese Mystery…

“Jones uses Mahler and the world of Viennese music at the turn of the century as an integral keystone of his novel, exploring the remarkable political machinations of the musical world, and allowing us more jaded denizens of the 21st century to imagine the excitement, controversy and furor that would greet any new development in music. . . . Solidly made, flavorful and a delightful change of pace from your normal mystery routine.”--Bookgasm.com

J. SYDNEY JONES is the author of thirteen books, including "The Empty Mirror," the first in the Viennese Mystery series, the nonfiction "Hitler in Vienna, 1907-1913," the guidebooks "Viennawalks "and "Vienna Inside-Out," and the suspense novel "Time of the Wolf. "He currently lives near Santa Cruz, California. For more information, visit www.jsydneyjones.com.
Loading...
or
Not Currently Available for Direct Purchase