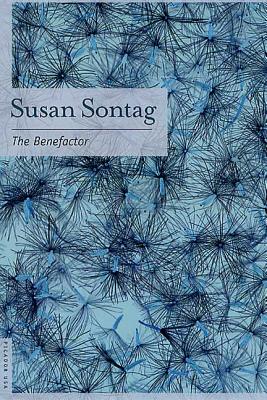 The Benefactor, Susan Sontag's first book and first novel, originally published in 1963, introduced a unique writer to the world. In the form of a memoir by a latter-day Candide named Hippolyte, The Benefactor leads us on a kind of psychic Grand Tour, in which Hippolyte's violently imaginative dream life becomes indistinguishable from his surprising experiences in the 'real world.' Sontag's novel supplies a fascinating, knowing, acerbic portrait of a certain bohemian demimonde that flourished in France until quite recently. More important, The Benefactor is a novel about ideas-especially religious ideas-unlike any other: funny, acrobatic, disturbing, profound.


Praise For The Benefactor: A Novel…

“An extraordinary, imaginative achievement that plays over the reader's senses with boldness, grace, and daring.” —John Hawkes

“A highly original, brilliant tale of a self-centered, solitary dilettante whose dreams take over his life.” —New York Post

“Originality, economy of language, brilliance . . . There is a Kafka-esque quality to The Benefactor.” —Newsday

“Remarkable . . . Its ancestors are Baudelaire, Kafka, and perhaps in the distance Dostoyevsky and Proust.” —John Wain

“A major writer . . . I especially admired how she can make a real story out of dreams and thoughts.” —Hannah Arendt

Susan Sontag was the author of four novels, including In America, which won the 2000 National Book Award for Fiction; a collection of stories; several plays; and seven works of nonfiction. She died in New York City on December 28, 2004.
Loading...
or support indie stores by buying on