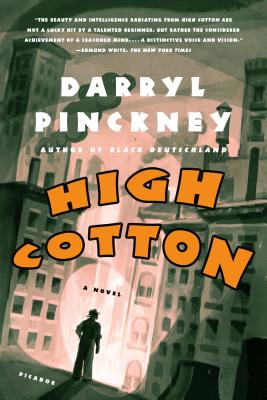 No one sat me down and told me I was a Negro. That was something I figured out on the sly...

So begins acclaimed critic and novelist Darryl Pinckney’s debut novel, High Cotton, an elegant and insightful look into the world of upper-middle-class black elite, or, in a term popularized by W. E. B. Du Bois, “the talented tenth.” The story follows an unnamed narrator as he moves from his safe childhood in conservative Indianapolis to a brief tenure as minister of information for a local radical organization, to eventually settling into the life as an expatriate in Paris. Through it all, his imagination is increasingly dominated by his elderly African American relations and the lessons of their experiences in the “Old Country” of the South.

Challenging the traditional form of the novel in its use of both fiction and autobiography, High Cotton, winner of the Los Angeles Times Art Seidenbaum Award for First Fiction, signaled the arrival of a powerful literary force in American letters.


Praise For High Cotton: A Novel…

"This remarkably accomplished first novel about growing up as a "nice Negro" in conservative Indianapolis, Ind., is sure to put Pinckney, a journalist and critic, in the front ranks of new writers this season. Writing with passion and an elegant wit, Pinckney conveys the dedication, pride and hypocrisy that formed the society of "upper shadies" in the 1950s and '60s." - Publishers Weekly