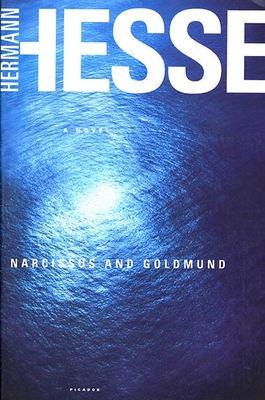 Hermann Hesse's Narcissus and Goldmund is the story of a passionate yet uneasy friendship between two men of opposite character. Narcissus, an ascetic instructor at a cloister school, has devoted himself solely to scholarly and spiritual pursuits. One of his students is the sensual, restless Goldmund, who is immediately drawn to his teacher's fierce intellect and sense of discipline. When Narcissus persuades the young student that he is not meant for a life of self-denial, Goldmund sets off in pursuit of aesthetic and physical pleasures, a path that leads him to a final, unexpected reunion with Narcissus.

Hermann Hesse (1877-1962) was a German poet and novelist. He received the Nobel Prize in Literature in 1962. He was the author of works including Siddhartha, Steppenwolf, and Demian.

Praise For Narcissus and Goldmund: A Novel…

“A poetic novel unique in its fascination.” —Thomas Mann

“Hesse was a great writer in precisely the modern sense: complex, subtle, allusive; alive to the importance of play, to the desperate yet frolicsome game of writing....Narcissus and Goldmund is his very best....What makes this short book so limitlessly vast is the body-and-soul-shaking debate that runs through it, which it has the honesty and courage not to resolve: between the flesh and spirit, art and scientific or religious speculation, action and contemplation, between the wayfaring and the sedentary in us.” —The New York Times Book Review

“One of the most profound and magical novels published in our age.” —Kirkus Reviews