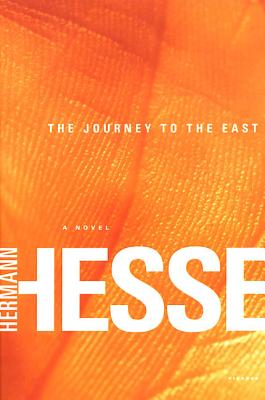 The Journey to the East

In simple, mesmerizing prose, Hermann Hesse's Journey to the East tells of a journey both geographic and spiritual. H.H., a German choirmaster, is invited on an expedition with the League, a secret society whose members include Paul Klee, Mozart, and Albertus Magnus. The participants traverse both space and time, encountering Noah's Ark in Zurich and Don Quixote at Bremgarten. The pilgrims' ultimate destination is the East, the "Home of the Light," where they expect to find spiritual renewal.

Yet the harmony that ruled at the outset of the trip soon degenerates into open conflict. Each traveler finds the rest of the group intolerable and heads off in his own direction, with H.H. bitterly blaming the others for the failure of the journey. It is only long after the trip, while poring over records in the League archives, that H.H. discovers his own role in the dissolution of the group, and the ominous significance of the journey itself.

Hermann Hesse (1877-1962) was a German poet and novelist. He received the Nobel Prize in Literature in 1962. He was the author of works including Siddhartha, Steppenwolf, and Demian.

Hilda Rosner contributed to The Journey to the East from Picador.
Loading...
or support indie stores by buying on