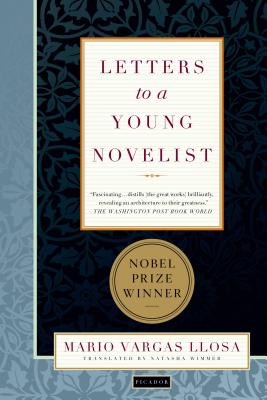 Letters to a Young Novelist

Mario Vargas Llosa condenses a lifetime of writing, reading, and thought into an essential manual for aspiring writers. Drawing on the stories and novels of writers from around the globe-Borges, Bierce, Céline, Cortázar, Faulkner, Kafka, Robbe-Grillet-he lays bare the inner workings of fiction, all the while urging young novelists not to lose touch with the elemental urge to create. Conversational, eloquent, and effortlessly erudite, this little book is destined to be read and re-read by young writers, old writers, would-be writers, and all those with a stake in the world of letters.


Praise For Letters to a Young Novelist…

“Ought to be dubbed the world's cheapest MFA...Not just a book for writers, but one for readers, too...And for those who want to do more than read, [it] will instruct, illuminate, and most important, inspire.” —St. Petersburg Times

“[This book] will make you, if not a novelist, at least a subtler taster of novels.” —San Antonio Express

“Less a collection of dictums on the craft of the novel than a tribute to its formal complexities and potential through his admiring comments on works by the likes of Flaubert and Cervantes.” —The New York Times Book Review