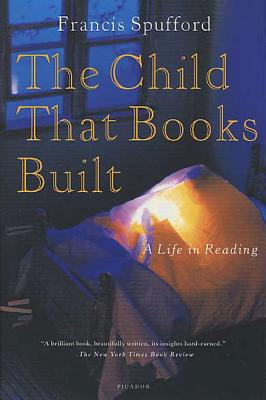 The Child That Books Built

A Life in Reading

In The Child That Books Built, this extended love letter to children's books and the wonders they perform, Francis Spufford makes a confession: books were his mother, his father, his school.

Reading made him who he is. To understand the thrall of fiction, Spufford goes back to his earliest encounters with books, exploring such beloved classics as The Wind in the Willows, The Little House on the Prairie, and The Chronicles of Narnia. He recreates the excitement of discovery, writing joyfully of the moment when fuzzy marks on a page become words. Weaving together child development, personal reflection, and social observation, Spufford shows the force of fiction in shaping a child: how stories allow for escape from pain and mastery of the world, how they shift our boundaries of the sayable, how they stretch the chambers of our imagination.


Praise For The Child That Books Built: A Life in Reading…

“Exhilarating. . .It's a brilliant book, beautifully written, its insights hard-earned, filled with stuff that will make you understand a whole lot better your own life in reading.” —The New York Times Book Review

“Ambitious. . .His enthusiasm for this material is often charming. . .Spufford is at his best recalling his bookish discoveries.” —Newsday (New York)

“Francis Spufford lures us in to reveal the original power of books--as landscapes, as spurs to inwardness, as the very crucibles in which the self is formed. He is the addict's unrepentant confession, poignant, witty, and true in the way that every real reader will recognize instantly.” —Sven Birkerts, author of The Gutenberg Elegies

Francis Spufford is the author of several highly praised books of nonfiction, including his debut, I May Be Some Time, which won the Writers’ Guild Award for Best Nonfiction Book of 1996, the Banff Mountain Book Prize, and a Somerset Maugham Award. It was followed by The Child That Books Built, Backroom Boys, Red Plenty (translated into nine languages), and Unapologetic. His first novel, Golden Hill, won the Costa First Novel Award. In 2007 he was elected a Fellow of the Royal Society of Literature. He teaches writing at Goldsmiths College and lives near Cambridge.