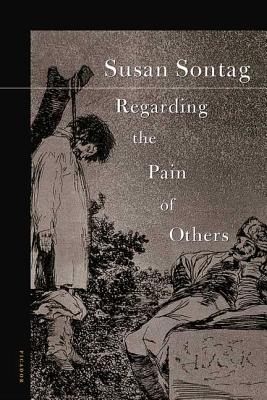 Regarding the Pain of Others

Twenty-five years after her classic On Photography, Susan Sontag returns to the subject of visual representations of war and violence in our culture today.

How does the spectacle of the sufferings of others (via television or newsprint) affect us? Are viewers inured--or incited--to violence by the depiction of cruelty? In Regarding the Pain of Others, Susan Sontag takes a fresh look at the representation of atrocity--from Goya's The Disasters of War to photographs of the American Civil War, lynchings of blacks in the South, and the Nazi death camps, to contemporary horrific images of Bosnia, Sierra Leone, Rwanda, Israel and Palestine, and New York City on September 11, 2001.

In Regarding the Pain of Others Susan Sontag once again changes the way we think about the uses and meanings of images in our world, and offers an important reflection about how war itself is waged (and understood) in our time.


Praise For Regarding the Pain of Others…

“Wise and somber. . .Sontag's closing words acknowledge that there are realities which no picture can convey.” —Los Angeles Times Book Review

“The history of sensibility in a culture shaped by the mechanical reproduction of imagery....has always been one of the guiding preoccupations of her best work, from Against Interpretation to The Volcano Lover....Regarding the Pain of Others invites, and rewards, more than one reading.” —Newsday

“For 30 years, Susan Sontag has been challenging an entire generation to think about the things that frighten us most: war, disease, death. Her books illuminate without simplifying, complicate without obfuscating, and insist above all that to ignore what threatens us is both irresponsible and dangerous.” —O, The Oprah Magazine

“A timely meditation on politics and ethics. . .extraordinary . . .Sontag's insight and erudition are profound.” —The Atlanta Journal-Constitution

“Regarding the Pain of Others bristles with a sense of commitment--to seeing the world as it is, to worrying about the ways it is represented, even to making some gesture in the direction of changing it. . .the performance is thrilling to witness.” —The New York Times Magazine