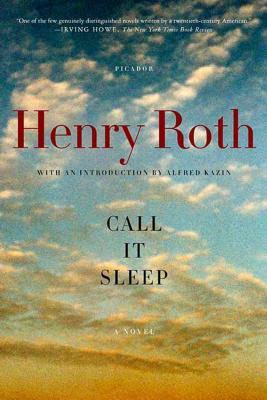 When Henry Roth published his debut novel Call It Sleep in 1934, it was greeted with considerable critical acclaim though, in those troubled times, lackluster sales. Only with its paperback publication thirty years later did this novel receive the recognition it deserves—--and still enjoys. Having sold-to-date millions of copies worldwide, Call It Sleep is the magnificent story of David Schearl, the "dangerously imaginative" child coming of age in the slums of New York.


Praise For Call It Sleep: A Novel…

“One of the few genuinely distinguished novels written by a twentieth-century American.” —Irving Howe, The New York Times Book Review

“Arguably the most distinguished work of fiction ever written about immigrant life...Surely the most lyrically authentic novel in American literature about a young boy's coming to consciousness.” —Lis Harris, The New Yorker

“Roth has done for the East Side Jew what James T. Farrell is doing for the Chicago Irish in the Studs Lonigan trilogy.... When his characters are speaking pure Yiddish, Roth translates it into great beauty....The final chapters in the book have been compared to the Nighttown episodes of Joyce's Ulysses; the comparison is apt.” —John Chamberlain, The New York Times

Henry Roth (1906-1995) was born in the Austro- Hungarian province of Galitzia. He probably landed on Ellis Island in 1909 and began his life in New York on the Lower East Side, in the slums where Call It Sleep is set. He is the author as well of Shifting Landscapes, a collection of essays, and the Mercy of a Rude Stream tetralogy.
Loading...
or support indie stores by buying on