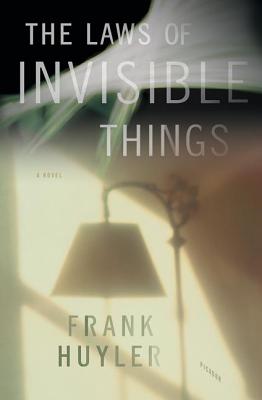 The Laws of Invisible Things

When newly qualified doctor Michael Grant makes an error, and a young girl dies unexpectedly in his care, a mysterious chain of events leads him to believe that he may have discovered an entirely new disease. Unable to convince his colleagues, he sets out to gather evidence but is quite unprepared for the direction his quest will take him-into the wilderness of disease, religion and mystery-a journey that will lead him to question not only his belief in the order of the world, but his own place and purpose within it. With real suspense and subtlety, Frank Huyler's first novel is written with the spare precision and grace of his much praised collection about his medical experiences, The Blood of Strangers.


Praise For The Laws of Invisible Things: A Novel…

“This is no hospital horror tale, but an earnest inquiry into the ambiguities of illness and the morality of the medical profession....The intimate tone of Huyler's elegiac voice invites us to...think again about the things we think we know.” —The New York Times Book Review

“A compelling, curious book with rewards on nearly every page.” —The Economist

“[We] had better hope that our caretakers have meditated on the wisdom and compassion of books like The Laws of Invisible Things.” —Boston Globe

“A cunning meditation on faith and its loss.” —The San Francisco Chronicle

Frank Huyler is an emergency physician in Albuquerque, New Mexico and the author of the essay collection The Blood of Strangers (Picador).