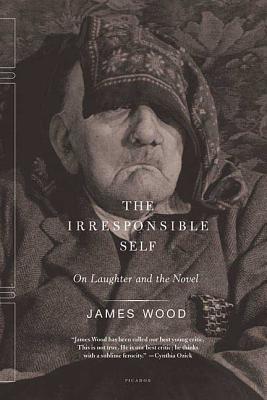 On Laughter and the Novel

"James Wood has been called our best young critic. This is not true. He is our best critic; he thinks with a sublime ferocity."--Cynthia Ozick

Following the collection The Broken Estate--which established James Wood as the leading critic of his generation--The Irresponsible Self confirms Wood's preeminence, not only as a discerning judge but also as an appreciator of contemporary novels.

In twenty-three passionate, sparkling dispatches, he effortlessly connects his encyclopedic, passionate understanding of the literary canon with an equally earnest and appreciative view of the most discussed authors writing today, including Franzen, Pynchon, Rushdie, DeLillo, Naipaul, David Foster Wallace, and Zadie Smith.

This collection includes Wood's famous and controversial attack on "hysterical realism", and his sensitive but unsparing examinations of White Teeth and Brick Lane. The Irresponsible Self is indispensable reading for anyone who cares about modern fiction.


Praise For The Irresponsible Self: On Laughter and the Novel…

“Inimitable...He has not only a well-tuned ear for prose but a remarkable ability to convey how novelistic language transubstantiates life into literature...Wood's essays...vibrate with the difficult, serious pleasure that literature uniquely provides.” —A.O. Scott, New York Times Book Review

“Wood writes with such felicity and zeal that one feels neither the inclination nor the possibility of disagreeing with him...[His] enthusiasm provides such an attractive alternative to the truculence of Dale Peck, and the bloodlessness of 'in-house' academic criticism.” —Robert McFarlane, The Times Literary Supplement

James Wood is a staff writer at The New Yorker and Professor of the Practice of Literary Criticism at Harvard University. He is the author of How Fiction Works, as well as two essay collections, The Broken Estate and The Irresponsible Self, and a novel, The Book Against God.
Loading...
or support indie stores by buying on