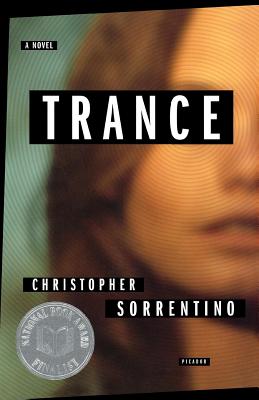 It is 1974 and a tiny band of self-styled urban guerrillas, calling itself the Symbionese Liberation Army (SLA), abducts a newspaper heiress, who then takes the guerrilla name"Tania" and shocks the world by choosing to remain with her former captors. Soon most of the SLA are dead, killed in a suicidal confrontation with police in Los Angeles, forcing Tania and her two remaining comrades--the pompous and abusive General Teko and his duplicitous lieutenant, Yolanda--into hiding, where they will remain for the next sixteen months. These are the months of Tania's sentimental education.


Praise For Trance: A Novel…

“This sprawling work is so ambitious and irreverent that it doesn't fit easily into any genre. . . . Full of descriptions sublime in their precision . . . Trance is a pleasure to read--delightful and often funny.” —Los Angeles Times

“Sorrentino has something of Don DeLillo's ear for American white noise--for the hiss and crackle that fills the country's derelict spaces.” —The New York Times Book Review

“[Sorrentino] remains a virtuoso, and much of the success of this book is due to his writing skill. . . . [He] is an insightful, sensitive writer who makes you believe you're seeing what he's describing.” —Harvey Pekar, The Baltimore Sun

“Big and ambitious . . . It's method and scope are breathtaking.” —Salon.com

“Trance doggedly dismantles the pedestal of celebrity and myth.” —The Village Voice

Christopher Sorrentino is the author of a previous novel, Sound on Sound. He has contributed fiction, essays, and criticism to The Baffler, Bookforum, Conjunctions, Fence, and McSweeney's, among other publications and is a contributor to Give Our Regards to the Atomsmashers: Writers on Comics. He lives in Brooklyn.