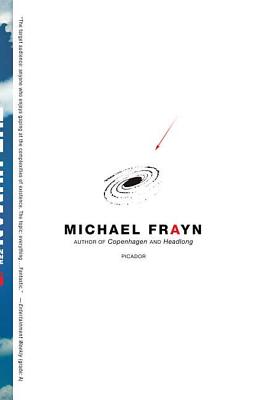 Our Part in the Creation of a Universe

Humankind, scientists agree, is a tiny and insignificant anomaly in the vastness of the universe. But what would that universe look like if we were not here to say something about it? In this brilliant, insightful work of philosophy, beloved novelist and playwright Michael Frayn examines the biggest and oldest questions of philosophy, from space and time to relativity and language, and seeks to distinguish our subjective experience from something objectively true and knowable. Underlying all revelations in this wise and affectionately written book is the fundamental question: "If the universe is what we make it, then what are we?"


Praise For The Human Touch: Our Part in the Creation of a Universe…

“The target audience: anyone who enjoys gaping at the complexities of existence. The topic: everything . . . Fantastic.” —Entertainment Weekly (grade: A)

“Michael Frayn's exultant prose entices and ultimately overwhelms you. Reading his arguments, I felt as though I were floating down a warm river, caught up in its playful, whirling eddies. . . . Beautifully written.” —Los Angeles Times

“Immense erudition . . . and more than a dash of wit . . . What makes The Human Touch so rewarding is the subtlety and humor with which he examines 'the great mutual balancing act.'” —The New York Times

“His command of current scholarship in physics and biology is impressive; his discussion of psychological issues is discerning. . . . Witty and ingratiating style.” —The St. Louis Post-Dispatch

“An inviting introduction to modern cosmology and philosophy with no prerequisites other than the willingness to entertain counterfactuals, imponderables, and leaps of faith. Nicely done.” —Kirkus Reviews (starred review)

“Absolutely riveting . . . Read it, and you may come to look at the world differently.” —Newsday

“Erudite, imaginative, funny, and dazzlingly clever . . . [Frayn] unbolts, chapter by chapter, the fabric of the universe.” —The Sunday Times (London)

Michael Frayn was born in London in 1933 and began his career as a journalist on the Guardian and the Observer. He has written seventeen plays, including Noises Off, Copenhagen, and Democracy, translated Chekhov's last four plays, and adapted his first as Wild Honey. His screenplays include Clockwise, starring John Cleese, and among his eleven novels are The Tin Men, Towards the End of the Morning, Headlong, Spies, and Skios. Collections of articles include Collected Columns, Stage Directions, and Travels with a Typewriter. He has also published two philosophical works, Constructions and The Human Touch, and a memoir, My Father's Fortune. His most recent publications are three collections of short entertainments, Matchbox Theatre, Pocket Playhouse, and Magic Mobile. He is married to the writer Claire Tomalin.
Loading...
or support indie stores by buying on