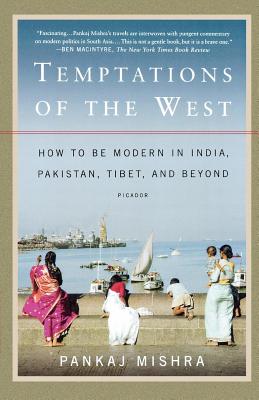 Temptations of the West

How to Be Modern in India, Pakistan, Tibet, and Beyond

In Temptations of the West, Pankaj Mishra brings literary authority and political insight to bear on journeys through South Asia, and considers the pressures of Western-style modernity and prosperity on the region. Beginning in India, his examination takes him from the realities of Bollywood stardom, to the history of Jawaharlal Nehru's post-independence politics. In Kashmir, he reports on the brutal massacre of thirty-five Sikhs, and its intriguing local aftermath. And in Tibet, he exquisitely parses the situation whereby the atheist Chinese government has discovered that Tibetan Buddhism can be "packaged and sold to tourists." Temptations of the West is essential reading about a conflicted and rapidly changing region of the world.


Praise For Temptations of the West: How to Be Modern in India, Pakistan, Tibet, and Beyond…

“Fascinating . . . Pankaj Mishra's travels are interwoven with pungent commentary on modern politics in South Asia. . . . This is not a gentle book, but it is a brave one.” —The New York Times Book Review