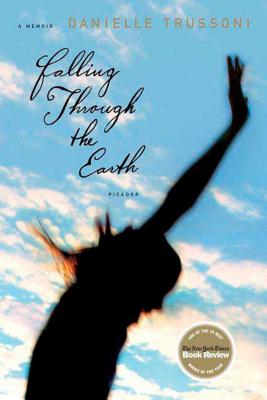 Falling Through the Earth (Paperback)

A daughter's unforgettable memoir of her wild and haunted father, a man whose war never really ended.

From her charismatic father, Danielle Trussoni learned how to rock and roll, outrun the police, and never shy away from a fight. Spending hour upon hour trailing him around the bars and honky-tonks of La Crosse, Wisconsin, young Danielle grew up fascinated by stories of her dad's adventures as a tunnel rat in Vietnam, where he'd risked his life crawling head first into narrow passageways to search for American POWs.

A vivid and poignant portrait of a daughter's relationship with her father, this funny, heartbreaking, and beautifully written memoir, Falling Through the Earth, "makes plain that the horror of war doesn't end in the trenches" (Vanity Fair).

Danielle Trussoni grew up in LaCrosse, Wisconsin, and now lives in New York City. She is a graduate of the University of Wisconsin and the Iowa Writers’ Workshop. Her books include the New York Times bestselling Angelology and Angelopolis, and the award-winning memoir about her father, Falling Through the Earth.

Praise For Falling Through the Earth: A Memoir…

“The affection, respect, and humor [Danielle Trussoni] brings to the task of revealing this complicated individual [her father] is testimony both to her creative abilities and to the generosity of her spirit.” —The New York Times Book Review

“Vivid and engrossing . . . a wonderfully complex and penetrating book. This is an accomplished debut from a writer with many talents.” —Chicago Tribune

“A richly textured history and timely reminder that a war's victims aren't limited to those in uniform nor demarcated by geography.” —Anthony Swofford, author of Jarhead

“A heartbreaking story of missed connections . . . this excellent memoir is much more than the sum of its parts.” —People (four stars)

“Powerful . . . Her book is a captivating triumph.” —The Capital Times (Wisconsin)

“In the hard-hitting and affectionate Falling Through the Earth, Danielle Trussoni, whose father was never able to shed his memories of Vietnam, traces how trauma is passed from generation to generation.” —Vogue

“A rich vein of material, and [Trussoni's] handling of it is deft . . . A moving memoir that flows like the best fiction but that has the punch of real life.” —Kirkus Reviews (starred review)

“Trussoni's memories of a hard-knocks childhood are vivid and spiky, and she relays her father's war stories with convincing bravado.” —Boston Sunday Globe

“Trussoni has taken an extended trip to hell and come back with treasures from that drunken, burning, broken place. She writes of the effects of war, the ‘pity of war, and the pity that war distills' without a hint of self-pity, with surprising humor, disarming candor, a hard-won wisdom and with uncannily sure-footed prose. Even if this book were not urgently important and devastatingly timely, I'd still urge you to read it for the sheer triumph of the author's gift.” —Alexandra Fuller, author of Don't Let's Go to the Dogs Tonight

“Danielle Trussoni unflinchingly explores a daughter's love for her flawed father and confronts the demons that haunt them both. Falling Through the Earth is tender and tough, harrowing and triumphant.” —Jeanette Walls, author of The Glass Castle

“Like the fearless father she takes after, Danielle Trussoni tunnels at her story from both ends: Through the rabbit hole of childhood, she explores a tumultuous divorce. From the trench of adulthood, she leads us through a country still poisoned by war. But Falling Through the Earth has an innermost chamber. It is a place of profound depth and beauty, where Trussoni unearths Trussoni herself.” —Koren Zailckas, author of Smashed

“A superb memoir. Trussoni has composed a modern-day father-quest true-life story and by doing so she has bridged the gap between those who fought in the Vietnam War and those who grew up in the following decades. . . . A captivating triumph.” —The Capital Times (Madison, WI)

“A sweet and sad and sturdily honest memoir–a triumph of the genre that's lately been under siege because of James Frey's fabrications.” —Milwaukee Journal Sentinel

“An extremely engaging, novel-like narrative that leaves an indelible imprint on the heart and mind.” —Library Journal (starred review)

“Trussoni has written a hell of a good memoir. Seamlessly combining memories of her Dad's inept parenting with his Vietnam stories (and her own from a recent trip), Trussoni vividly depicts the violence that was can do to veterans' families, but she also shows how easy it is to love a bad father. But Falling through the Earth is not merely tragic: It's also vicious, unsentimental, and often quite funny. One of the best portrayals in recent memory of what it's like to grow up in a screwed-up, working-class family.” —Booklist (starred review)"