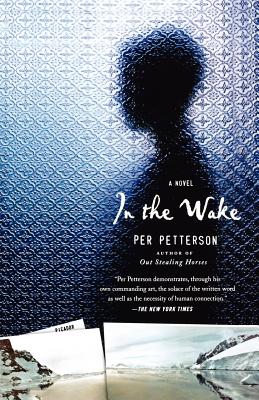 When Arvid Jansen comes-to one morning in the doorway of a bookstore in Oslo, Norway, his grief comes back to him in devastating flashes: His parents and his brothers are dead, he has lost touch with his wife and daughters, abandoned his career as a writer and bookseller. His old life is gone.

In the Wake is the story of Arvid's first steps toward resuming that life, of his gradual confrontation with everything he lost and ultimately with his own role in the disaster that killed his family.

Told with the insight and moral force of his countryman Knut Hamsun, In the Wake is the American debut of a treasured European writer.


Praise For In the Wake: A Novel…

“Per Petterson demonstrates, through his own commanding art, the solace of the written word as well as the necessity of human connection. It is understandable why European readers have long admired his work.” —The New York Times

“This riveting story is as universal as love and death . . . Holds the reader in a hypnotic thrall.” —St. Louis Post-Dispatch